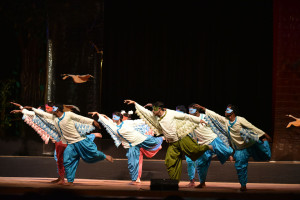 Birds are born free. So are men, however society and culture gradually tame them into civilized prisoners of habits, rules n structure. And every time someone wants to break those shackles he/ she gets caught, tagged n miserably criticised. But, is also glorified for being a rebel.  Furthermore, those who slips from the fundamental disciplines of life. They are also booked by the society n miserably criticised. It’s true that their acts are worthy of criticism n not of glory, but the life force they still have n the goodness that they possess what happens to that? Do we waste it or fashion a new gateway to explore those virtues. The residents of Dum dum correctional home are also such people who have slipped from the right path but still possess good human qualities. Bihanga, is a dance performance based on their essential values of human beings. It’s a new story of freedom that they seek from the rotten society that forced them to dirty business. Chirantan Bhaduri worked with them, tapped their talents n now rejoices in the performance of Bihanga. Through this Chirantan has also drawn the attention of the audience to the vital issue of environment. How like a rotten society, the polluted environment is killing birds. How birds are dying. Bihanga is story of the birds that survive in the hearts of all these performers from DCCH….Oh bird give wings to my freedom too…. 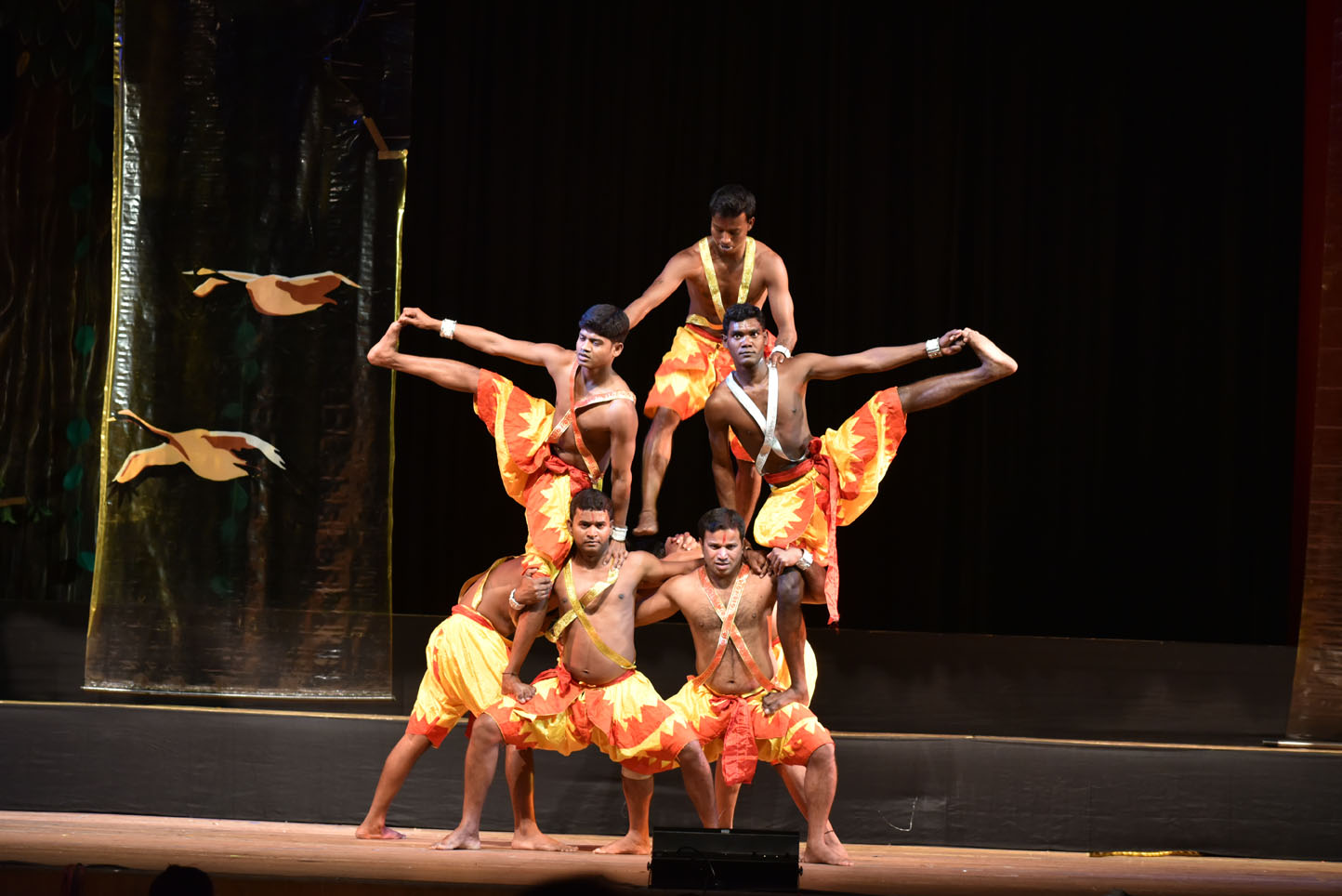 Raibeshe is one of the most popular folks dance of Bengal. Bengal is known for its legendary dacoits n their brutal bamboo sticks. They trained themselves into the art of martial warfare using the bamboo sticks. Later during the period of Raja Pratapaditya his soldiers used to undergo training of martial movements with bamboo sticks. The best quality of such bamboo was known as Rai n ‘bansh’ is bamboo in Bengali. These two words together fashioned the name Raibeshe for the martial movements. Gradually these movements became a form of dance. The residents of DCCH celebrate their bottled up energy n youthfulness through this dance, which has been aptly designed by Chirantan Bhaduri. 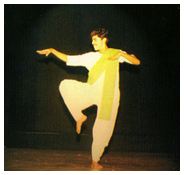 Birth is always greeted by exultation and celebration. lt is the inception of innocence in its lowest form a celebration of creativity and purity. It is the beginning of a long journey-a-journey to wards life-a journey towards growth and a journey towards future maturity.

Youth comes with a bubbling freshness and exciting curiosity and an over-whelming zest of life, sweeping away the convention and breathing new vigour into a old vigour with slow melows and is finally overtaken by death.

Death the finale of life sweeps into every birth-taking away the joy and bringing in grief, sorrow and reailisation. A life after death, a regeneration which is more spiritual than physical.

The hymn “Yademi prasphurinniba” is a prayer by the follower of the rain God varuna’. The whole mankind is in a stake in this vast ocean like universe for which the disciples plead to varuna again for being merciful to them.

Tagore fall in love with the rains.lt was love at first sight which he could never forget. With the onset of the monsoons, the sky overcast with clouds, carried to him both messages of yearning and fulfillment.

The sense of the creator in every beautiful aspect of this universe creates a sublime sense of endless wonder, which leads him to express it in exhilarating terms of music as in “Akash Bhora Surja Tara”. In fact, Tagore observed nature in two aspects – delicate and awful. It seems as a pervasive presentation. The dazzling aspects of nature expressed through the torrential rain at midnight have been captured in their in exclussiveness in “Andhar o Ambore.”

However, much remains non communicated. For some abstract nuances of feeling, there is no verbal communication made possible. Across the silence is hidden the hope for the coming of the beloved. In fact the yearning for the most desired one spreads over the clouds and the rains, making them suggestive of her coming. The strange overlapping between receiving and non-receiving is the hallmark of Tagore’s creative appreciation. 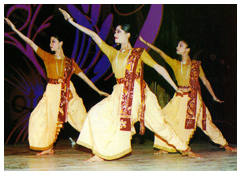 In the canvas of the panorama of the universe our lives exist in a colourful pattern. There is implicit a deep sense of wonder in every particle of this universe. Earth, water, Fire, Air, Space these five elements constitute’ the universe through their harmony.

All the creature of this universe originates from and perish into these five elements. Both the mobile and the immobile are permeated by intellect. The universe is analysable through intellect. The creator every creature with it by means of the five senses. This intellect is able to comprehend the inner harmony of the five elements. By, means of this, world is protected and maintained. Human being can attain eternal peace, if they are able to ascertain, through exercise of intellect, the origin and destruction of these five elements.

The Indian heart and soul is a melange of celebration and worship. We are unawares of the moment when our festive glory merges with our devotion and veneration. The divinity that is innate in all our efforts and endeavors is expressed magnificently in our music and dance. Therefore our greatest poet-musician-philosopher, Rabindranath Tagore had forever used his aesthetic medium to convey the same ethos to all of us. His lyrics and tunes had transported us to the realm of celestial bliss where the minuscule could embrace the cosmic vastness. These strings of Tagorian musical thought have the magical power to equally relate to the Ordinary and the Amazing.