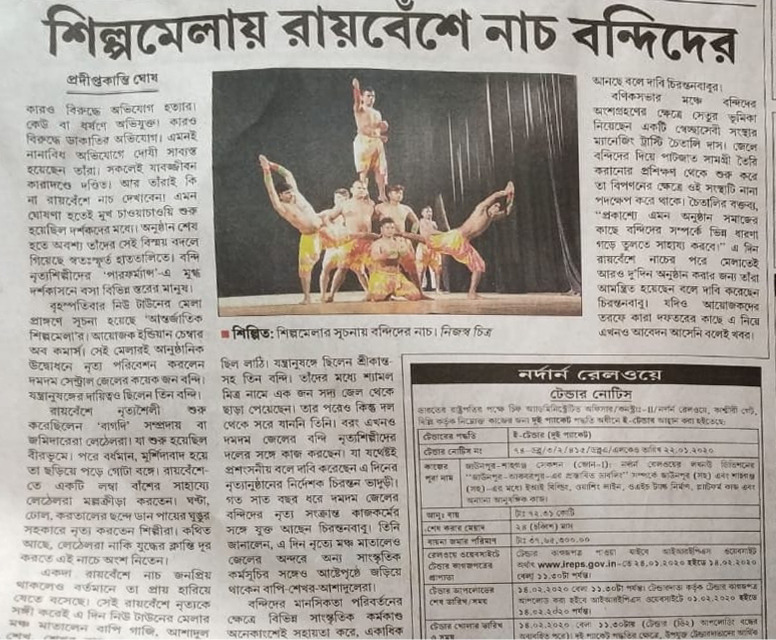 With his knowledge and understanding of the dynamics of the body as a result of learning various forms of dances, he is able to innovate and merge these various forms in to an album which can be describe as a composite form Chirantan brought impeccable balance, power and uncluttered grace to his performance. The theme of Krauncha Katha is so good and so correct and Chirantan’s treatment of it is so beautiful that one cannot but admire…….”

“His exposure to the principles of body dynamics has motivated him to choreograph various pieces in Navanritya form of dance His Krauncho Katha depicts how human greed devastates a bird sanctuary.

“Chirantan presented a solo performance of self-choreographed dance pieces based on contemporary themes…..an epitome of the forms of dance which was rendered a contemporary form freed from the strict disciplines and doctrines of classical tradition by artists like Uday Shankar and Dr. Manjusri Chaki Sircar”.

“The dance performance named “The Life” presented by Chirantan Bhaduri, inspired by the slokes of the Upanisad, was a worthy performance”

“The choreography of The Life has been by his readings of the stotras of the Upanisads. Chirantan’s quest in The Life has been a quest to trace man s journey from birth to death.”
“The performer has been fulfilling his service to mankind by not only expressing an opinion on current affairs, by expressing it through the medium of dance.”
“He is a creative dancer par excellence.”

“Chirantan Bhaduri presented a dance performance based on Navanntya, “The Life” and “Barsha-Shree” to express his ideas Chirantan has assimilated dance forms like chau, Candy of Srilanka Manipun. Thanga and above all Bharatnatyam with a high quality effort and dedication. His performance made deep expression.

“Chirantan Bhaduri was initiated into dance by Ranjabati Sircar and Manjusree Chaki Sicar. His “The life” and “Shree”are Navanritya style. His mission is to be torch bearer of the style. His performance at the Heritage Park, Swabhumi, was promissing. 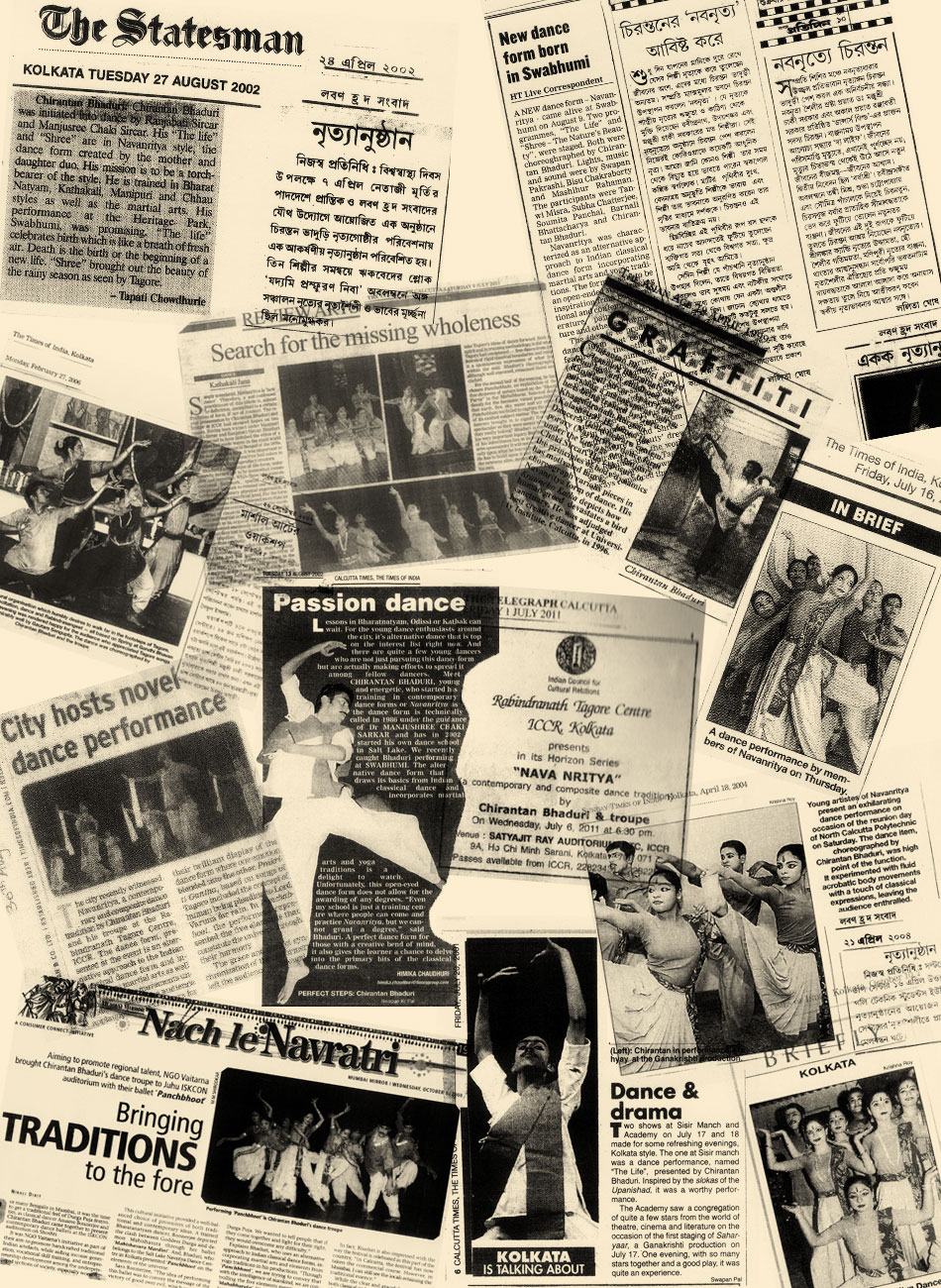